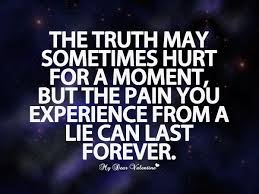 They say’ Write what’s hardest to write.’ Write what makes you cry’.’ Be Real’.

But what if that very act of writing what is true for you, will break another’s heart?

What if your every motivation is to be a kind and  healing force, but your very existence is the epitome of pain and suffering. How do you write that?

Long ago, in the land of Peter Pan we learned that every time a child says ‘I don’t believe in fairies’ a fairy dies.
Well, I have long held that memory and translated it somewhat to my own experience. To my mind – and heart – every time I say ‘I love you’, and I don’t mean it, a part of me dies.

I am slowly dying from the inside out. Externally, medically, it is called Depression, but to me, it is the slow soul-rotting of the long-lived liar. The kind liar, the protective liar, who wants only to make everyone else happy, and that includes declarations of love where all you feel is numbness; assurances of how well I am doing, when I feel like exploding into a million jagged little pieces.

To choose to live a life of lies and deceit, partly aware of what you are doing, partly hoping that you are wrong, and this time, it will all be OK, is not an easy path to follow. But when all you have ever known is lies, deceit, manipulation and criticism, it’s pretty tough to imagine how there could ever be anything else.

But this is not a blame game, and however justified I feel, I cannot spend the rest of my life blaming my mother for how I chose to live. I do understand that her treatment of me created this half-wit-people-pleaser, but I also accept that I am more than that.

I need to find a space in which to truly express myself. (whoever that is).

There was a time when I had no clue, and would torture myself for months; trying to understand who I was.

I clearly had boundary issues.

I have come a long way since then and am developing stronger boundaries and in doing so, beginning to understand who I really am, what matters to me and how I want to spend my life.

This constant performance; the ‘Poor Me’ or the ‘Saviour’ has to stop. I am not ill! I am not sick! But I do need to take care of myself.

I am not a carer, although I care deeply for the welfare of those around me. I am a mother, but that is not the sole purpose of my life. I am a writer and artist who needs to shed the constraints of ‘being nice’ and find a way to get it all out. Before I get too old. Before I become stale and irrelevant.

My time is running out. But at the same time, my time is only just arriving.

When I was about 12, I had a thought, and inspiration, if you will, that I would do something AMAZING in my life. And it would be in my 50’s. I guessed it would be writing a book, or becoming well known as an expert, although I had No Idea what it would be, and it all seemed to be so far away.

Back then, I was only frustrated by the not knowingness that filled my life. I fully believed that I would do this Wonderful Thing, but had no idea what it would be, so my life began to be a search for my Brilliant Moment. Maybe that one moment ruined it all for me, for I became overwhelmed by the confusion, the lack of clarity and failure to be able to decide and commit. Simply living became intolerably hard.

I actually have  very strong work ethic! I have worked since I was 13 in some format or another and I became almost famous for my ability to leap from one job to another; always chasing that dream, always hoping that this next ‘stop-gap’ would be the one to open the door.

I instinctively felt that contacts and connections were the way to success, and throughout my formative years I moved around a lot, worked in many Public Facing jobs in order to meet as many people as possible; convinced that someone would be the right someone to show me the way to my future. What I could never see was that I was my own someone and I had the means to provide for myself. (See parenting tip above!!)

I have tried  to tell the truth, so many times. But, somehow, I’ve always let myself get talked around, back to being the person they want me to be. And it hurts so much, you begin to numb it out, and ignore the pain, shut it away so it can’t hurt anyone else. That’s when the lying starts. In hiding the Truth you tell lies and live a lie and find your creativity stifled, your ability to love at all, stifled, and so you begin to become a Zombie. The living dead. And I seriously don’t recommend that to anyone!

So this post is my truth today. I’m not dreaming of a better life, and I don’t have all the answers, but I do know that the time has finally come, to tell the truth and stick to it.  Goddess knows what happens now.

An Intuitive Empath, I am a heart-centred Life Coach, healer and intuitive reader. I offer Coaching using the 7 words system to enable clients to communicate honestly, openly and from the heart. View more posts

This site uses Akismet to reduce spam. Learn how your comment data is processed.